They say the best businesses solve a problem, and such is the case with Peter Bellerby’s specialty globe making company. Founded in 2008, Bellerby & Co. Globemakers’ story began with a relentless search by Peter Bellerby for a globe for his father’s 80th birthday. Finding himself faced with two unsatisfying options – purchase a modern globe of disappointing quality or purchase a fragile antique for a small fortune – Peter’s solution was to create a third option, and he promptly set out to make his own handmade globe.

Having already made his fortune in the founding of London’s popular Bloomsbury Bowling Lanes, Peter approached the task with an abundance of confidence and a time allotment of 3 months. “After all, how difficult can it be to make a ball and put a map on it?” As it would turn out, extremely difficult… and Peter soon found his path to globe nirvana fraught with challenges.

First, he licensed a map from a reputable source only to find it riddled with errors. Next, correcting of said errors required teaching himself Adobe Illustrator to do so. It took him 6 hours a day for about a year to complete this one task. Then, he bribed (with the promise of a globe) a friend to convert the flat map into ‘gores’ – the triangular slivers used to create a sphere. And of course there was the creation of the sphere itself. A seemingly simple task, but given the fact that anything less than a flawless sphere made for misaligned gores… Peter had to turn to Formula 1 Fabricators for expensive molds. With globes finally in hand, he was faced with the painstaking task of goring the globe (applying the trianglular map slivers) – a process that took a full 18 months to perfect.

From conception to completion, Peter’s first ‘little world’ took approximately two years and £180,000 to bring to life – at which point he counted himself the proud father of what was perhaps the world’s most expensive globe ever produced. But Peter’s passion to create a singular work of art didn’t stop there, and it soon led to the founding of Bellerby & Co. Globemakers – one of only two handmade globe makers in the world. Plaster of Paris sphere inlaid with hessian fibres for strength & weighted for the perfect spin. Photo via Bellerby & Co. Globemakers. One very large globe on its way to New York. Photo via Bellerby & Co. Globemakers.

Today, 7 years after Bellerby & Co.’s founding, Peter Bellerby and his small team of skilled craftspeople work out of a magical little studio in North London – molding, goring, painting (often 5 layers)… an endless array of little and not so little worlds. Their pieces have landed parts in Hollywood movie commissions by the likes of Martin Scorsese and more recently, a much deserved media frenzy. Their offerings range from the spendy yet attainable 22.9 cm Mini Desk Globe (£999) to the more massive 127 cm Churchill (£39,000). The full collection can be viewed at bellerbyandco.com, and custom globes are available upon request. As for those who prefer to admire from afar, their Instagram is a must follow for a continuous stream of otherworldly photos documenting this rare art form. 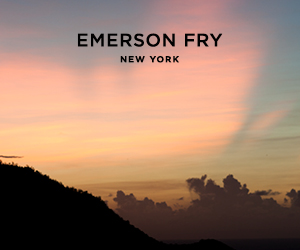