House On A Dune 3 miles long and a half mile wide, Harbour Island is famed for its pink sand beaches, turquoise waters and pastel colonial homes. Formerly the British capital of the Bahamas, today, locals share their picturesque island with low key tourists in the know. One such tourist is celebrated architect Chad Oppenheim, whose love for the locale inspired him to build his own retreat on the shores of this Atlantic gem.

Located five hundred feet off the island’s main roadways, visitors follow a long sand driveway fringed with lush vegetation until Oppenheim’s primitive-temple-like retreat comes into view. The main entrance is marked by a ceremonial enfilade of stairs that lead to a central breezeway running straight through the home’s core. This hollowed space frames stunning views of jungle, water, and sky and when its glass walls are retracted, the boundaries between indoor and out melt away.

The home’s crisp contemporary take on the local vernacular is an exercise in contrast – both playing off of and melding into the tropical surrounds. Earthy cedar shakes on the roof and tailored louvered shutters echo the architectural heritage of the island while the home’s austere lines lend a fresh modernity to its appeal. On the interior, the palette was kept to a minimum with a mix of crisp white walls, warm cedar ceilings, and rich ipe wood floors. The selection of environmentally conscious materials was of utmost importance throughout the design build process, as was minimizing the home’s impact on the local ecosystem.

The inside layout centers around the the main living/dining area which extends onto two spacious verandas sheltered by deep roof overhangs. As for the more private/utilitarian spaces – these are cozily tucked away in the home’s flanks. When facing the ocean, the kitchen extends to the right of the central living space where it slots between two guest bedrooms. Similarly, the left flank, houses a third guest bedroom abutted by the master suite. On the lower level, a fifth bedroom is neatly tucked away while its mirroring space on the right serves as a small boat house.

In keeping with Oppenhiems site-sensitive approach, furnishings were kept to a minimum and natural materials were used as a mainstay. On the back porch, a pair of Carlos Motta rocking chairs cut a primitive silhouette while inside a collection of Mogens Koch folding chairs lend a safari-like feel. In the bathroom, Oppenheims commitment to context is on full display in the form of a stunning teak tub. “The result is a sensual and sensitive experience, reduced to its essence through the use of elemental forms and sincere materiality and detailing.” says Oppenheim. We couldn’t have said it better. 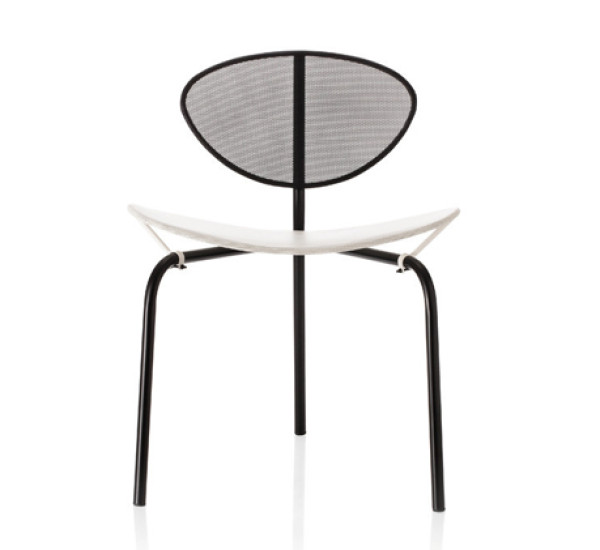